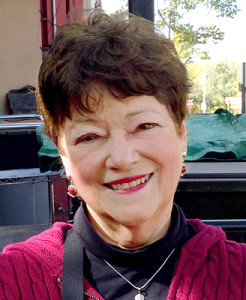 Anne is an executive healthcare consultant returning to her first love of singing and acting. Anne trained at The American Musical and Dramatic Academy in NYC where she first met, then lost and now married her wonderful and talented husband, Richard Flanders. Over the years, Anne has performed nationally on both theatre and cabaret stages. She has been happily performing with Broadway Concerts Direct for the past two seasons.

Theatre, Regional and Summer Stock: Multiple roles including (I DO, I DO) Agnes; (THE FANTASTICKS) Louisa; (DAMES AT SEA) Joan; (LION IN WINTER) Eleanor of Aquitaine; (WAIT UNTIL DARK) Suzy; (OWL AND THE PUSSYCAT) Doris; (THE LARK) Joan of Arc; (SREETCAR NAMED DESIRE) Blanche; (THE HEIRESS) Catherine; (LUV) Ellen, (MUSICAL REVUES) Solo/Ensemble