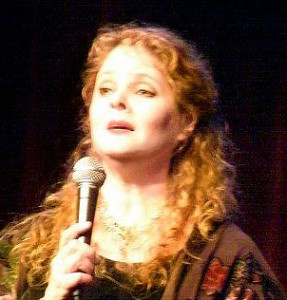 Sarah first played the Theremin at famed Broadway director, Tom O’Horgan’s house about 10 years ago, on an original RCA model from the 1920s. She has been enthralled with the instrument and its otherworldly sound ever since. She returned to Caramoor Music Festival for a second year, playing the theremin and singing.

This June (2019) she returns to London to perform her critically acclaimed solo show, singing and playing the theremin, in MUSIC OF THE NIGHT (Memories, Dreams and Reflections) at the Crazy Coqs. Earlier that week she will also be appearing in Sondheim Unplugged at the same venue.